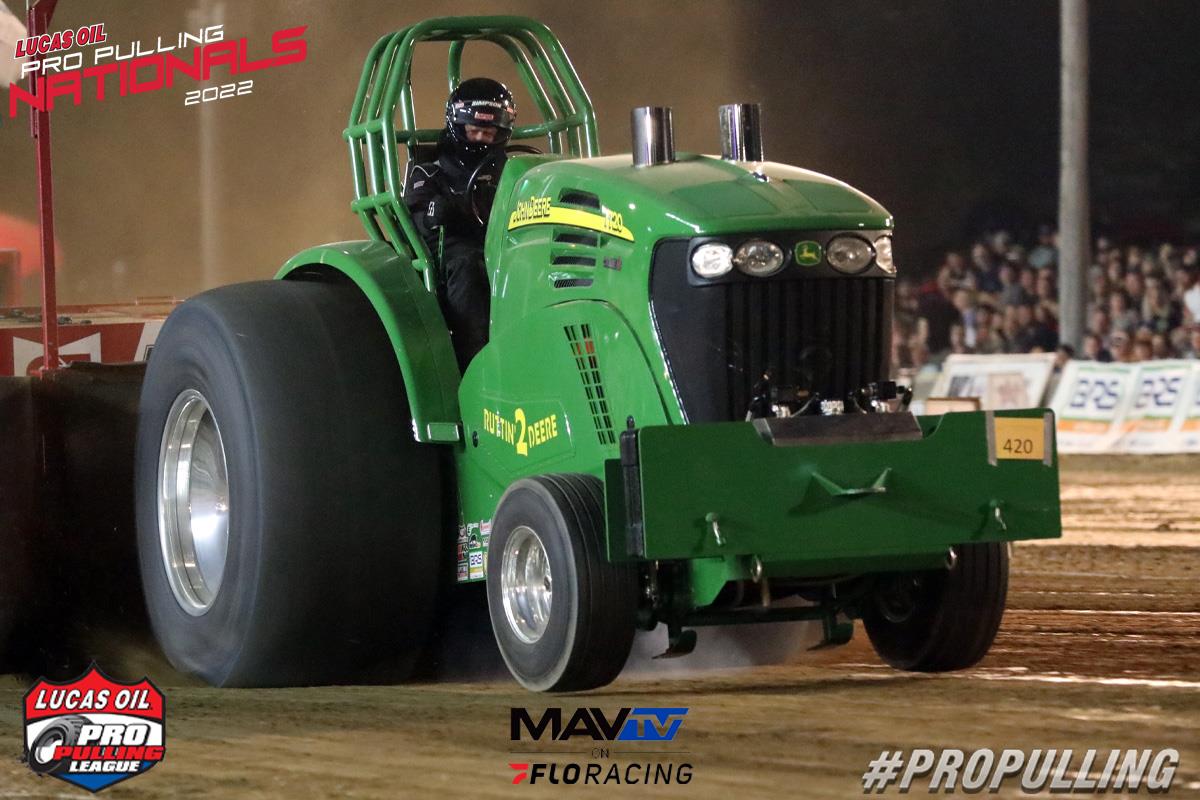 Charlestown, IN (September 22, 2022) – This final installment of class features highlights three tractor classes that will compete in the final session of the Lucas Oil Pro Pulling Nationals at the Lucas Oil Speedway in Wheatland, Missouri on Saturday, September 24th.

The storyline for Pro Stock Tractor indicates how a strong start can set the tone for an entire season. Brandon Simon and the “Loud” themed Deeres would take wins in the first seven starts of the 2022 season, including four straight wins on the class-leading Loud and Heavy machine and two with the Loud and Loaded entry that sits second place in points. Simon would also take a win on the Loud and Heavy X in that stretch. While those Simon and “Heavy” and “Loaded” machines have built an insurmountable lead for the top two spots, there is opportunity for a change in the current order from third to sixth. Third place in points is held currently by the Buck Eater 2 Deere of Mickey Shorter and fourth finds Kevin Masterson and the Tinker Toy Deere one point behind Shorter. Jack Maize and the Billet Binder currently sit in fifth entering Wheatland, and Masterson is knocking on the door of the top five with the River Rat Deere just five points behind Maize.

Josh Miley and the High Maintenan$e CaseIH Super Farm have quietly built a twenty-five point lead over the second place Don Slama and the Fast and Furious Deere, requiring a herculean effort on Slama’s part to eclipse Miley for the title. Andy Schwenk and the Runnin Buck Wild Deere are putting pressure on Slama however as they closed the season with three straight top-fives, placing him thirteen points behind Slama. A quartet of tractors are nipping at the heels of Schwenk including Shane Masten (Thumpin Pumpkin AGCO), The Boyd/Johnson/Skarr Screamin Norwegian CaseIH, Michael Snepp (44 Deere), and Brian Barman (Hooked Up IH). With the strength of this class that had eight different winners over the course of the season, the championship will be settled on the track.

Team Chizek/Blackbourn has been a juggernaut in Unlimited Super Stock for 2022 but not without challenges. The brightest spot for the team, Josh Blackbourn and the Considered Armed and Dangerous-HD, are a lock for the title fifty-eight points ahead of the Runnin Bare CaseIH of Jeff Hirt. Bob Gansemer and the Ruttin Deere 1 is eighteen points behind Hirt and Brandon Block and his Ruttin Deere 2 is 10 points behind Gansemer. Terry Blackbourn and the Extremely Armed and Dangerous CaseIH are in fifth place have an outside chance to break into the top four after some engine issues kept the perennially strong 903 Cummins-based machine on the sidelines for two hooks mid-season.

Join us for this spectacular year-end show, in person or online. In the meantime, follow along with us as we delve further into each class through our social media outlets coming into Championship Weekend! 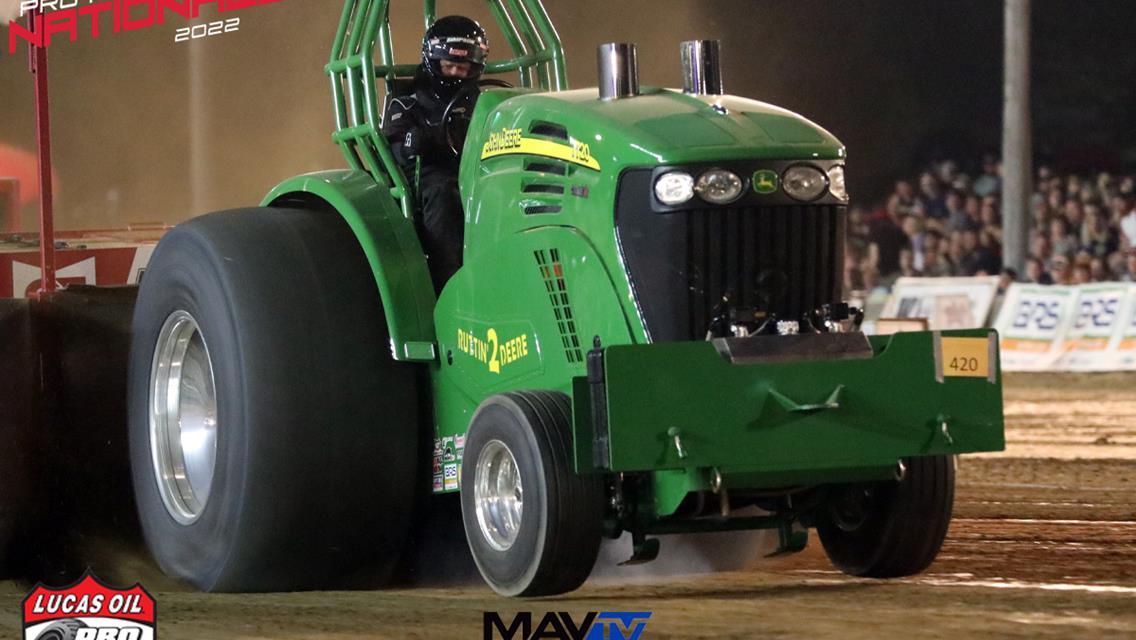 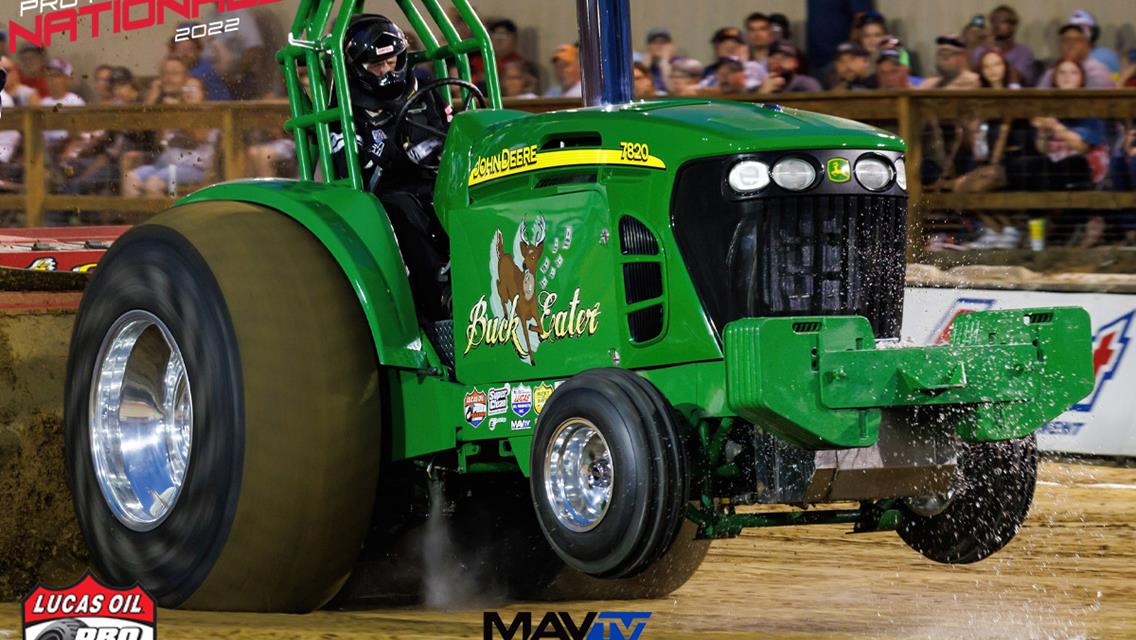 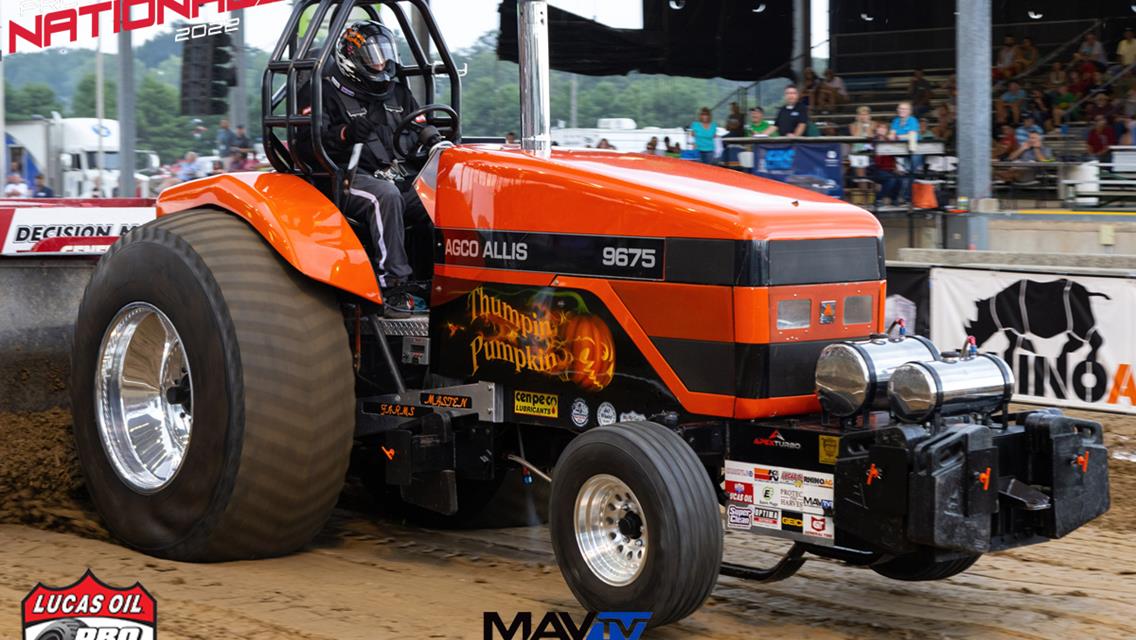