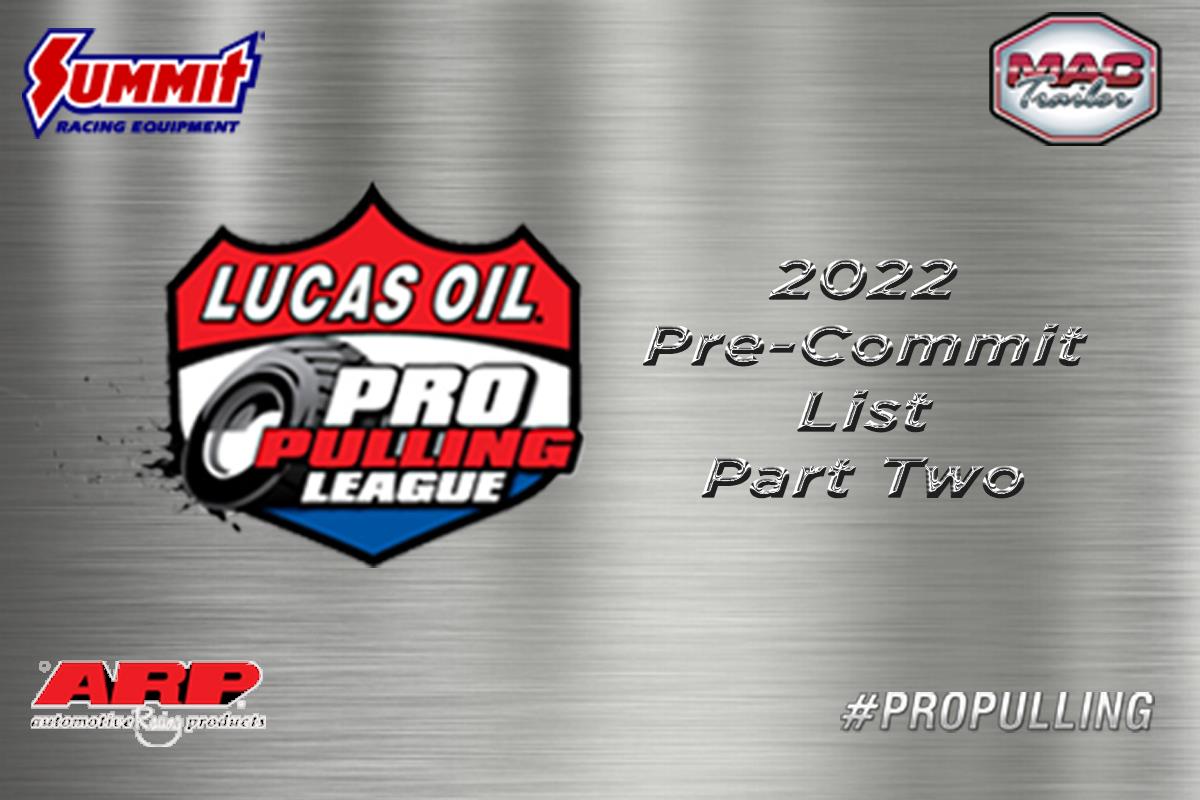 Charlestown, IN (April 21st, 2022) – Today we examine another group of Champions Tour pre-committed pullers set to battle on pulling tracks across America in 2022.

The high-flying Summit Racing Mini-Rod Tractor division boasts 26 pre-commits for 2022, indicating the growing popularity for this class among pullers and fans. Grayson Shelton and the Sawed Off machine headline the class to defend their 2021 title, starting their campaign at the GALOT Mule City 300 in Benson, North Carolina followed by 12 more hooks to decide the 2022 champion.

Chris Wood and the Class Act Peterbilt have been a dominant force in the MAC Trailer Hot Rod Semi division for several years and is the reigning 2021 class champion. Four other entries will join Wood in the battle to crown the 2022 champion of pulling’s heaviest class. Seven hooks are slated for the Hot Rod Semis for 2022 that kick off their season at the Dirt Oval 66 Pull in Joliet, Illinois on July 9th.

The complete list for each class is available now at https://www.propulling.com/competitors/