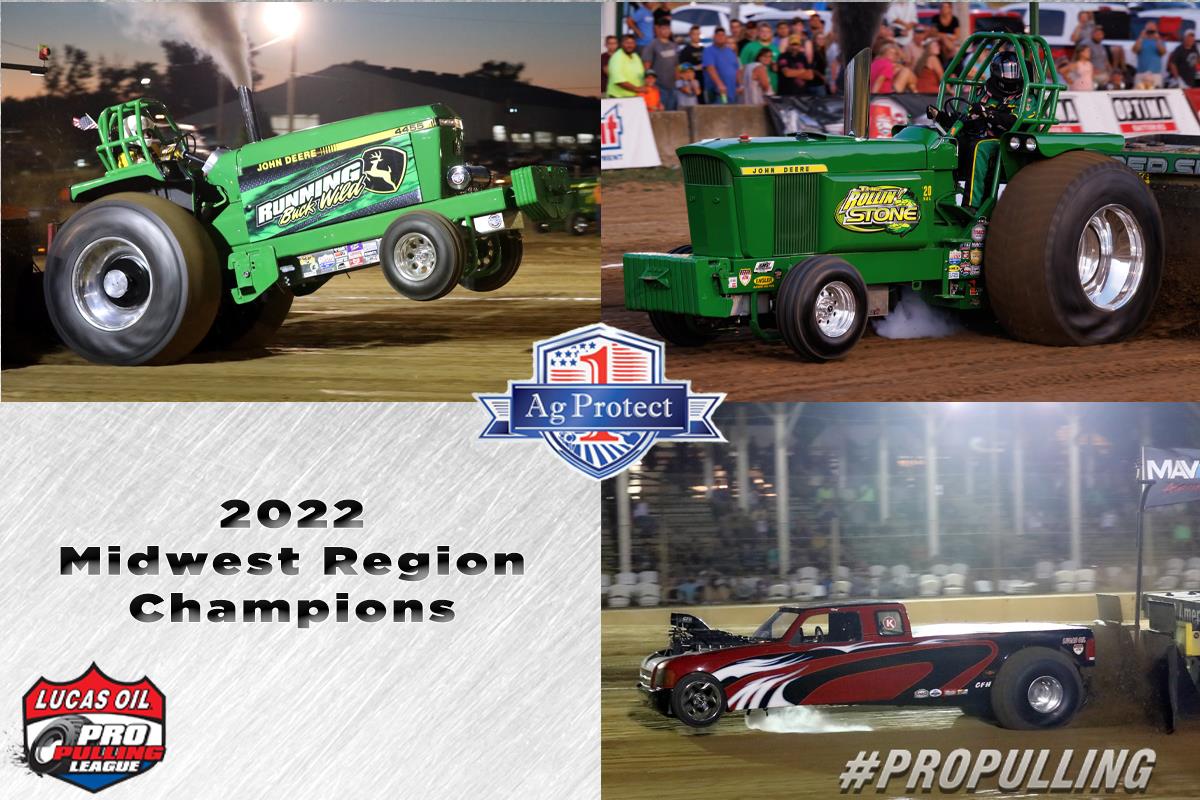 Charlestown, IN (November 18, 2022) – This week we wrap up spotlighting 2022 points champions in the Champions Tour, Silver Series, and Ag Protect 1 Midwest Region of the Lucas Oil Pro Pulling League in preparation for a night of celebration at the Champions Banquet, held at the Hyatt Regency in Louisville, Kentucky this Saturday, November 19th.

We complete our spotlight with three pullers who won in Ag Protect 1 Midwest Region classes with limited schedules in 2022. Clay Chastain and the Fistful of Dollars Ford of Brownstown, Indiana took the Super Modified Two Wheel Drive Truck title with a points win at his hometown event; Andy Schwenk and the Runnin' Buck Wild Deere from Jasper, Indiana in Super Farm Tractor, who held off a fierce group of competitors at the Gibson County Fair in Princeton, Indiana; and the team of Tim Stone, Paul Stone, and Bob Johannigman and the Rollin' Stone Pro Stock Tractor who took those class accolades with a win at their hometown pull in Greensburg, Indiana at the Decatur County Fair.

Congrats to all on your competitive efforts!