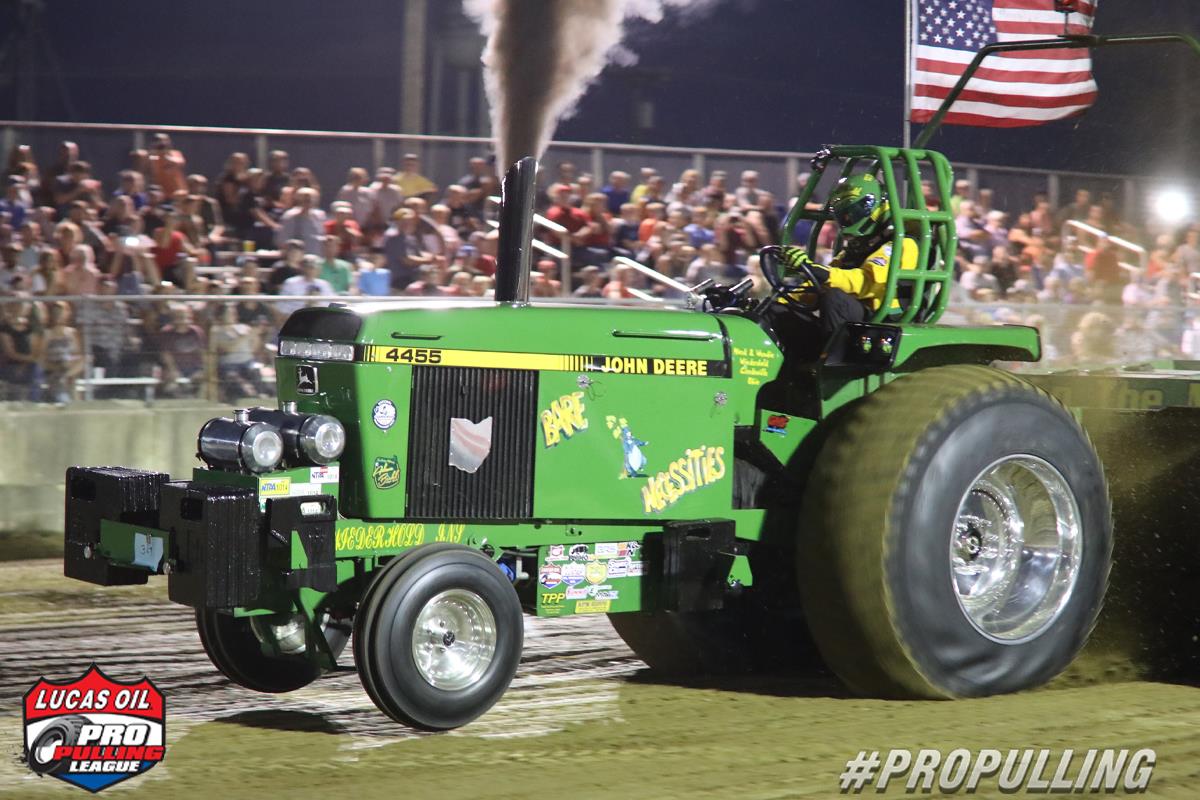 Charlestown, IN (November 15, 2022) – This week we wrap up spotlighting 2022 points champions in the Champions Tour, Silver Series, and Ag Protect 1 Midwest Region of the Lucas Oil Pro Pulling League in preparation for a night of celebration at the Champions Banquet, held at the Hyatt Regency in Louisville, Kentucky this Saturday, November 19th.

Today we focus on the Silver Series, first on the Light Pro Stock Tractor class. This high-flying, exciting class is a fan favorite wherever it is contested in the Lucas Oil Pro Pulling League. Mark and JD Wiederhold and the Bare Necessities John Deere came into 2022 as the defending class champion and with a short eleven-session schedule, it was important to start the season well and keep it up. After a fourth in the opening session at the GALOT Mule City 300 in Benson, North Carolina, the Clarksville, Ohio-based team tore through the competition with five straight wins and finishing no lower than sixth in the final weeks of competition. Hot on their heels and only ten points out of the top spot was Matt Smith and the Fast Forward Ford from Chambersburg, Pennsylvania. Smith finished no lower than fourth for the entire season in an impressive display of consistency himself. Third went to the Ragin Red IH of Scott Webb from Beverly, Ohio; Webb had an impressive run of nine top-five finishes that put him contention for the title with breakage at the final session in Lanesville, Indiana dampening his championship hopes. It was a season of hard-charging competition for sure!

Congratulations to the Wiederholds on their second consecutive Light Pro Stock Tractor championship! 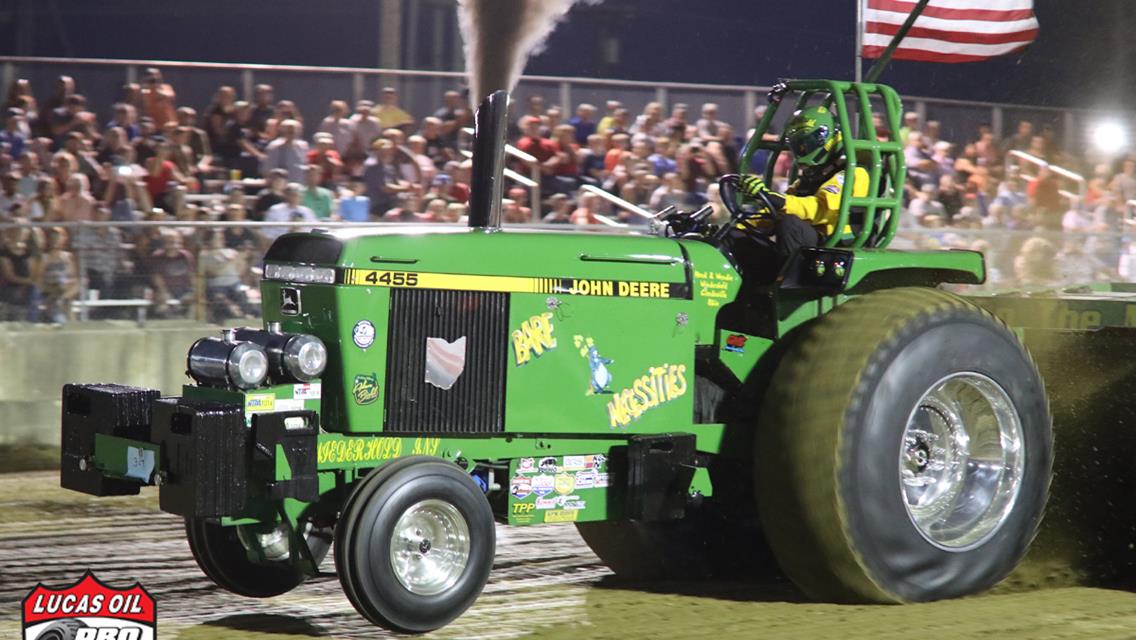 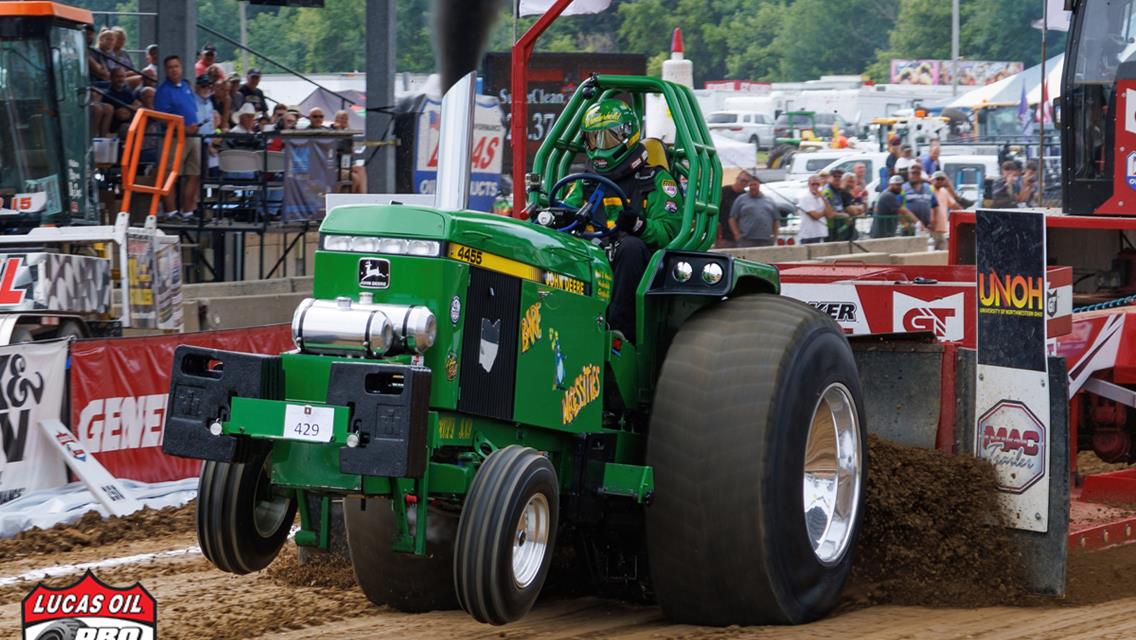