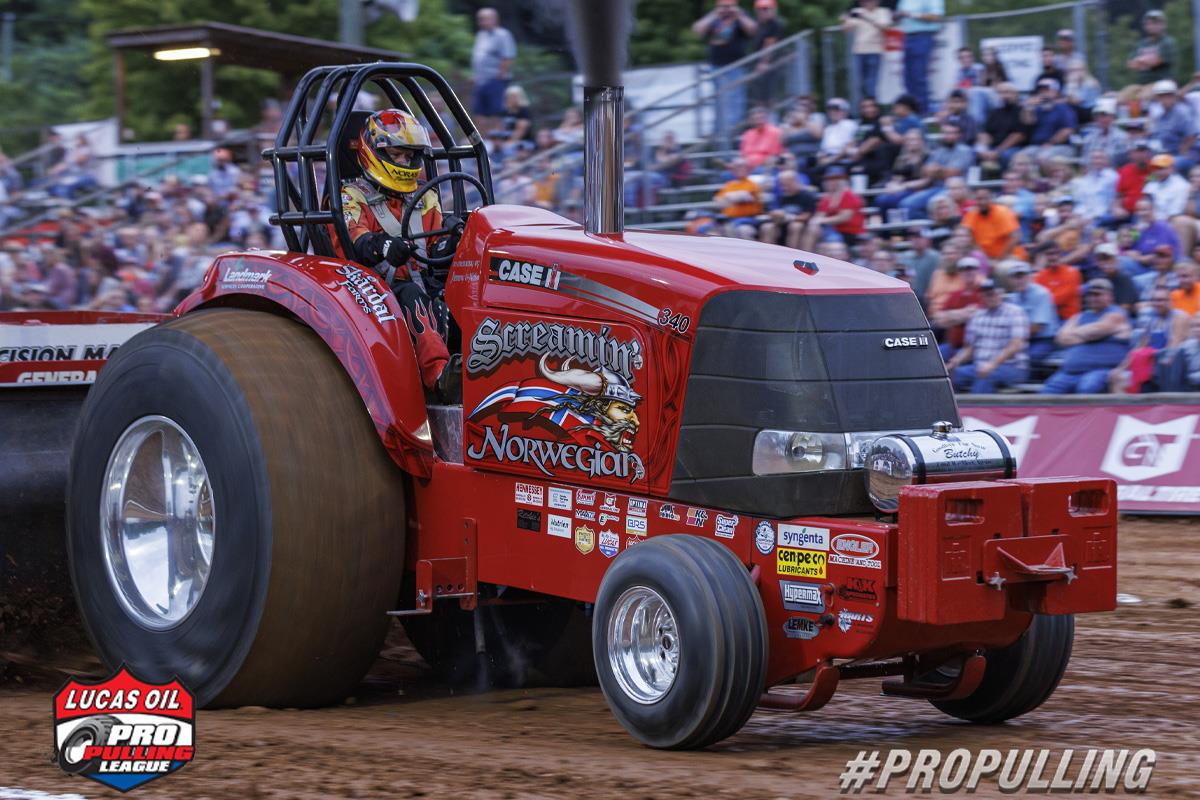 Charlestown, IN (September 12, 2022) – Pullers from the across the country made their annual trek to the Tennessee Valley Fair in Knoxville, Tennessee on September 9th and 10th for pulling action at Chilhowee Park. For two sessions the roar of Rocky Top was put aside for the roar of high-horsepower pulling competition.

Both evenings of action featured the General Tire Decision Maker sled tasked to keep pullers in check from the Champions Tour and Carolina Truck and Tractor Pullers PPL member-state. Session one on Friday evening began with ARP Lightweight Super Stock Tractors. Brandon Phillips scored his first win in that class with the newly acquired Loud and Light Deere entry on the first hook of a potent group of 12 machines. Super Farms followed up behind LWSS with 16 entries. Justin Johnson was at the wheel of the Screamin’ Norwegian CaseIH for the weekend and made the best of his seat time, scoring the win on a late pass. Pro Modified Four Wheel Drive Trucks were also on the bill in Knoxville with 16 entries as well. Charlie Hinds and the Runnin’ Wild – Texas Style Ford wowed the appreciative crowd with the winning pass on the next-to-last run of Pro Mod competition. Finishing out the evening was the Pro Street Diesel Truck division from the Carolina Truck and Tractor Pullers. Hank Carlton and his Dodge entry named Sue was victorious over a field of five other machines.

The Pro Street Diesel Trucks would begin the second session on Saturday evening and featured another winner – JL Crigger driving the Midnight Rambler Dodge in a class of four. Justin Johnson came back on an early hook on the Screamin’ Norwegian to sweep the Super Farm class, while Terry Blackbourn and the Team Chizek Armed and Dangerous – Excessive Force CaseIH covered all the bases in ARP Lightweight Super Stock in a field of 11. Closing out the evening were the Pro Modified Four Wheel Drive Trucks. Charlie Hinds would again find his way to the top of the division, clawing out the win in the Runnin’ Wild –Texas Style Ford.

Pro Modified Four Wheel Drive Trucks will return to action this weekend at the Lucas Oil Mega Pull in Waynesburg, Pennsylvania while Super Farm Tractors and ARP Lightweight Super Stock Tractors close out their seasons at the Pro Pulling League Nationals at Lucas Oil Speedway on September 23rd and 24th.