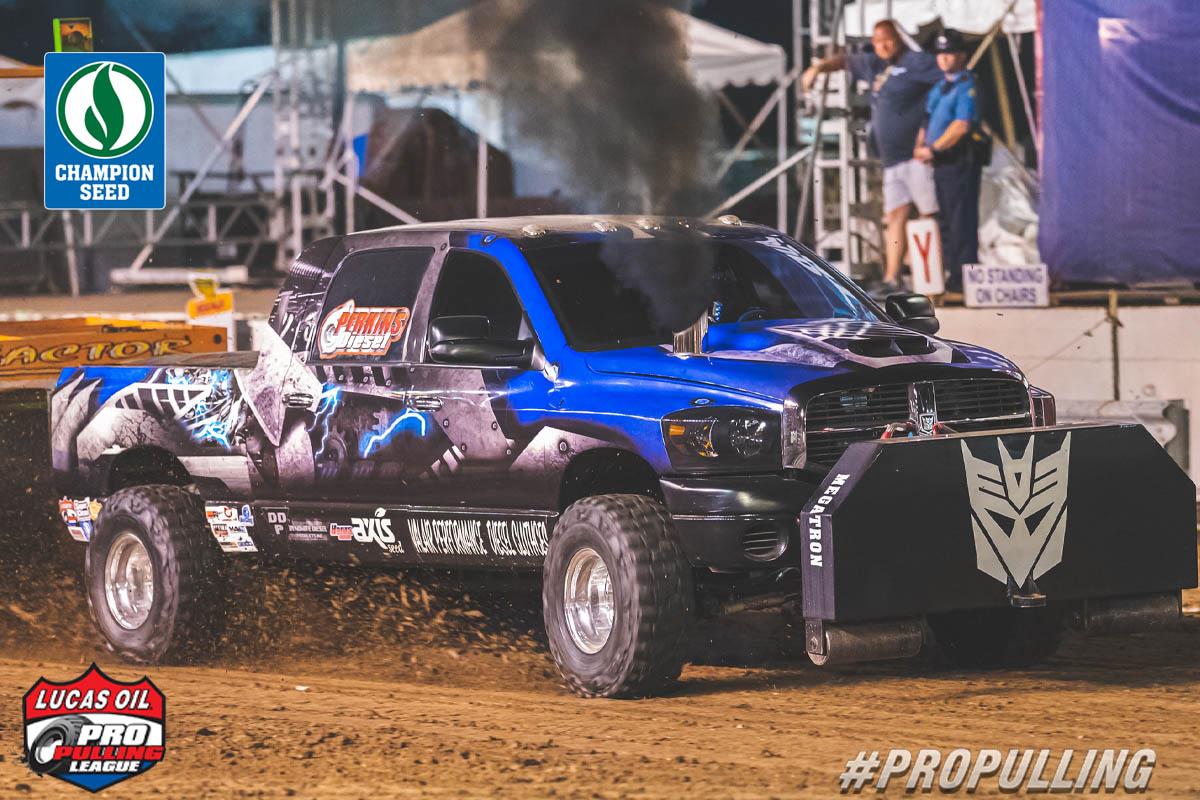 Charlestown, IN (September 8, 2022) – The Buckner Truck and Tractor Pull is a spectacular display of pulling in the closing weeks of the 2022 pulling season for the Champion Seed Western Series. Held at the Sibley Orchard in Sibley, Missouri, four potent classes will showcase their horsepower and exciting action for the appreciative crowd on Saturday, September 10.

Gates open at the Sibley Orchard facility at 1pm CDT; first hook is scheduled for 6pm. Admission is $20 per person with kids 5 and under admitted free.

More information on this highly anticipated event and be found at www.facebook.com/bucknertractorpull