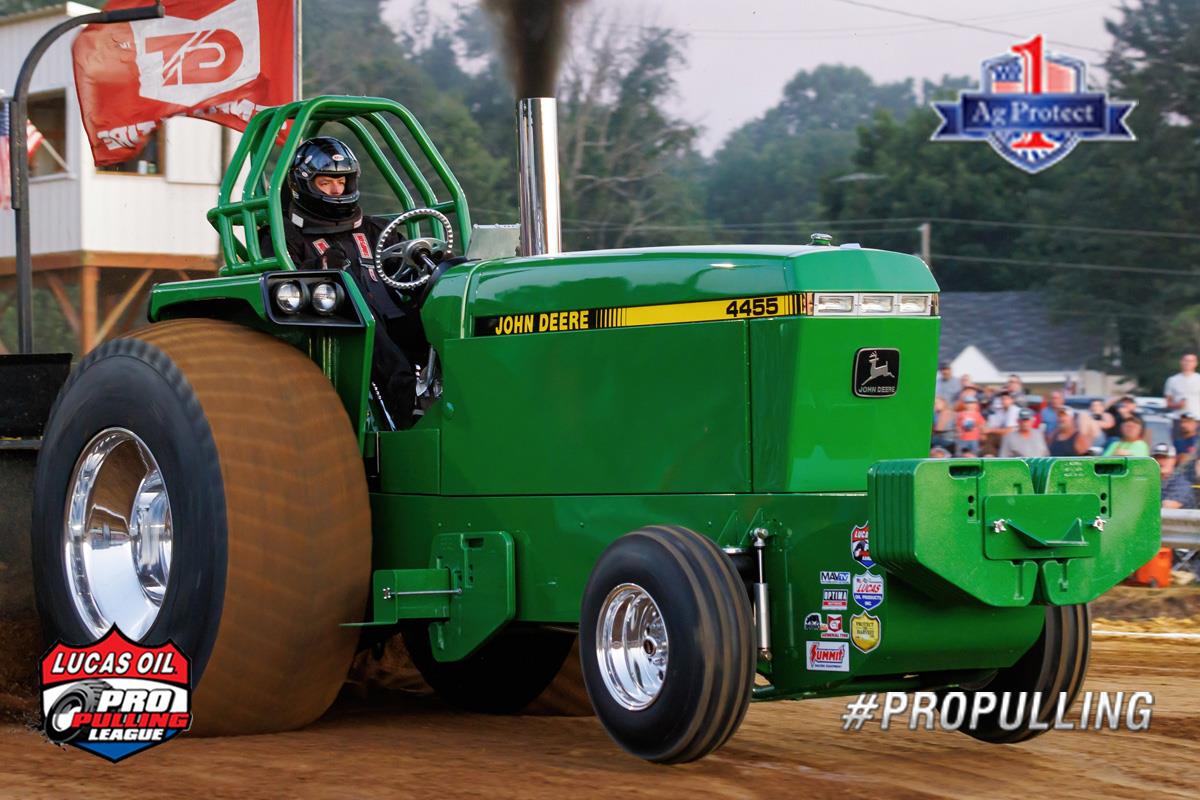 Charlestown, IN (June 22nd, 2022) – The Grassy Fork VFD Pull continued it’s legacy of great pulling action this past weekend with three nights of competition at their track in Tampico, Indiana to the delight of a great crowd. The event featured competition from local farm stock competitors that led up to action from the Lucas Oil Pro Pulling League in the two sessions on June 17th and 18th.

Friday June 17th saw Super Farm Tractors in action from the Champions Tour with Hot Farm Tractors competing for Ag Protect 1 Midwest Region Points. The Hot Farm class led off the action where Kolten Bommer guided his 66-series IH named Daddy’s Money to the win. The Super Farm class featured a win by Wisconsin's Brian Barman and his 66-series IH named Hooked Up in a group of supremely tough machines.

Saturday’s session had Dan Mercer on the More Milk Money 66-series IH at the top of Hot Farm competition. Local puller Michael Snepp was able to break the stranglehold of the red brigade for the weekend by clinching the Super Farm win on the “44” John Deere. Also in action for one session were the Limited Pro Stock Diesel Trucks that found Adam White piloting the Gambler Ford to that class win.

Next up for the Super Farm class is the Midwest Summer Nationals in Freeport, Illinois on July 26th. Hot Farm Tractors return to battle on July 10th at the Gibson County Fair in Princeton, Indiana while the Limited Pro Stock Diesel Trucks will be in Tollesboro, Kentucky for the Tollesboro Lions Club Fair on July 23rd.