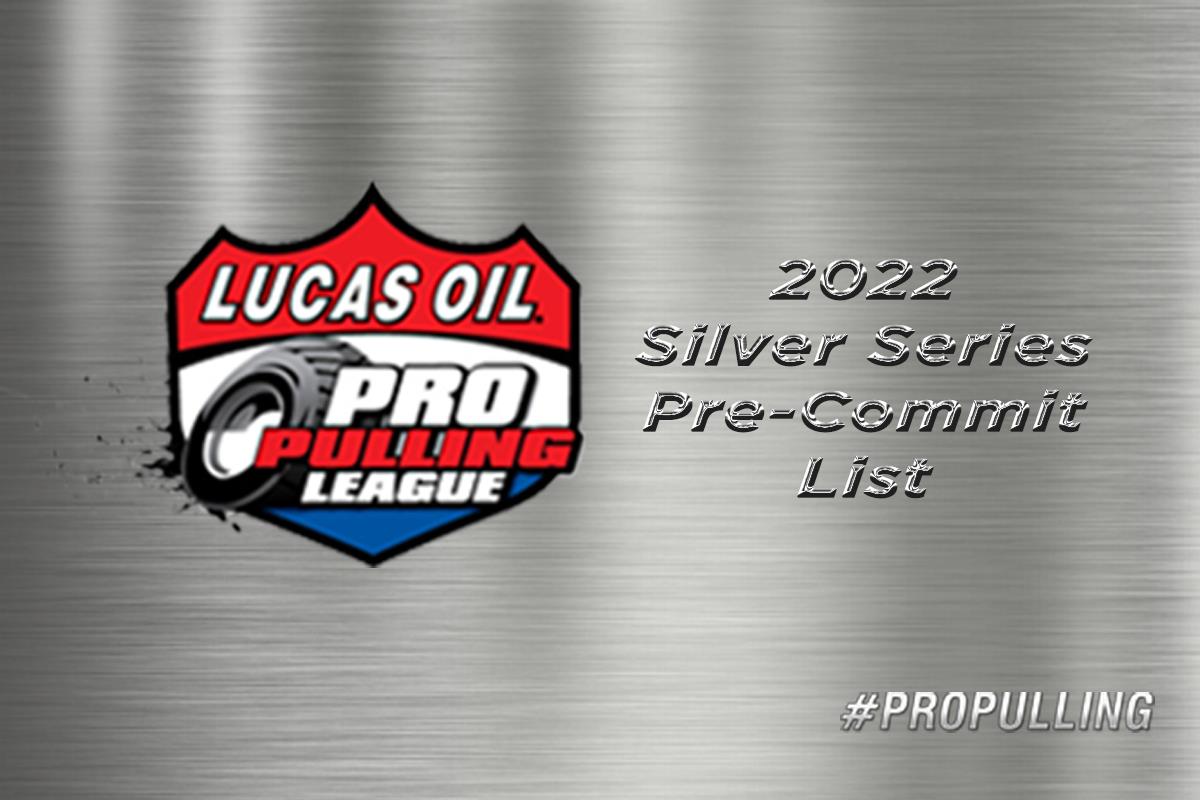 Charlestown, IN (May 10th, 2022) – On the heels of the announcement of the Champions Tour pre-commit competitors, today we announce an elite group of pullers who will take to the track in three different classes in the Lucas Oil Pro Pulling League Silver Series.

The Light Pro Stock Tractor class returns to the Silver Series in 2022 and is gaining in popularity every year. The Bare Necessities Deere of Mark and JD Wiederhold will return to the track to defend the 2021 championship against an outstanding list of 14 other machines who begin their season at the GALOT Mule City 300 in Benson, North Carolina on June 3rd and 4th. Light Pro Stock will have a total of 12 hooks on the Silver Series for 2022.

Limited Pro Stock Tractors have been a cornerstone of the Silver Series since it’s inception with great numbers and excellent competition from the roaring heavyweight machines. Twenty-three machines are set to compete with the championship winning tractor, the International Addiction of the late Quinton Hartman, being fielded in 2022 by Andrew Hartman. Their season of 13 hooks begins with the Southern Illinois Showdown at the Track at Holzhauers on June 3rd and 4th.

Seventeen Pro Stock Diesel Trucks are in the hunt for the 2022 championship with the young gun Brady Ingram set to defend his 2021 title in the Scheid Diesel Dodge. This tough cadre of competitors will battle in 9 different sessions of action, beginning at the Southern Illinois Showdown at the Track at Holzhauers on June 3rd and 4th,

The complete listing for the above classes is set to be live online at 11am EDT and available at https://www.propulling.com/competitors/