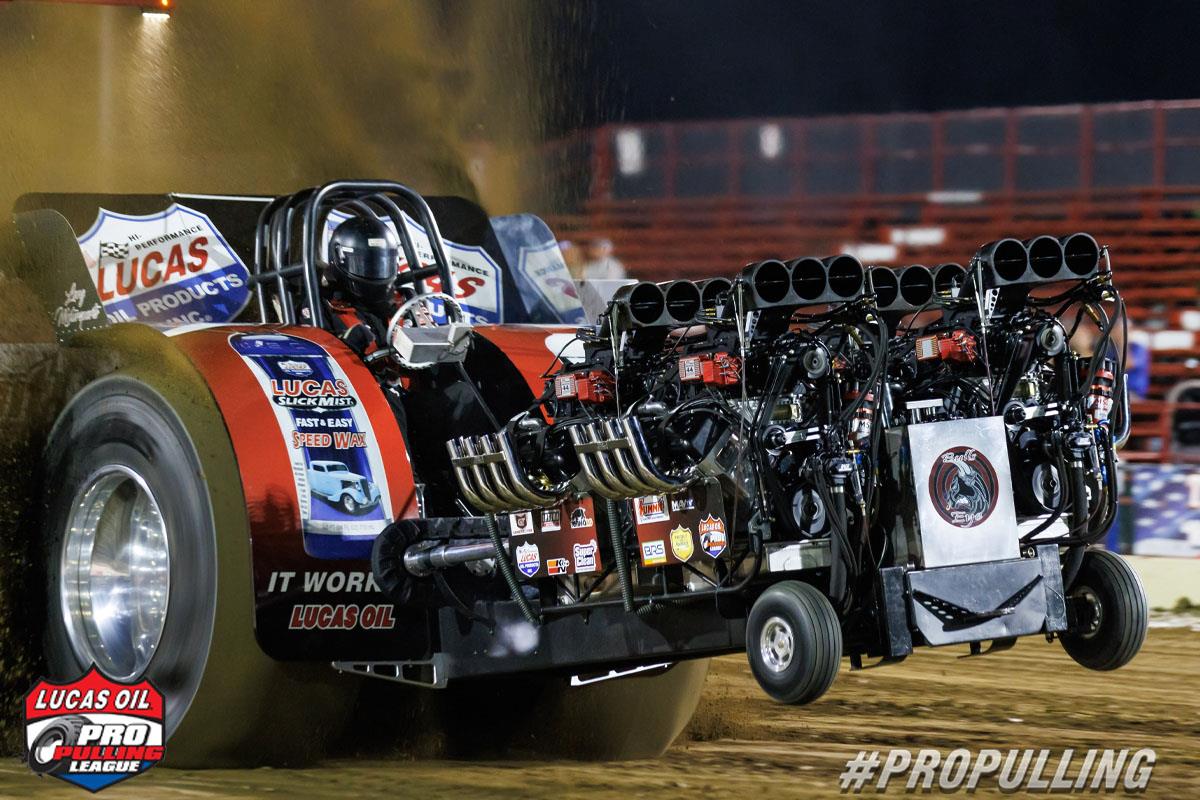 Charlestown, IN (August 4, 2022) – A new stop for the Lucas Oil Pro Pulling League for 2022 is the Marion County Fair in Salem, Illinois this Saturday, August 6th. With a history of great pulling competition, this fair and venue welcomes two Champions Tour and one Silver Series class to continue and build on that heritage.

The Marion County track will be put to the test with the ground-shaking Big River Steel Super Modified Tractor division along with the potent ARP Super Stock Diesel Truck class from the Champions Tour. Light Pro Stocks and their high-flying antics will be on display in Salem as well running for Silver Series honors.

Gates open at 1pm CDT for the event with a start time of 7pm CDT. Tickets are $15 per person, pit gate admission is $20 and kids 6 and under are free admission. More information on this great fair and pulling competition can be found at www.MarionCountyAgFair.org

Join us Saturday night August 6th in Salem, Illinois at the Marion County Fair for the finest in pulling competition!