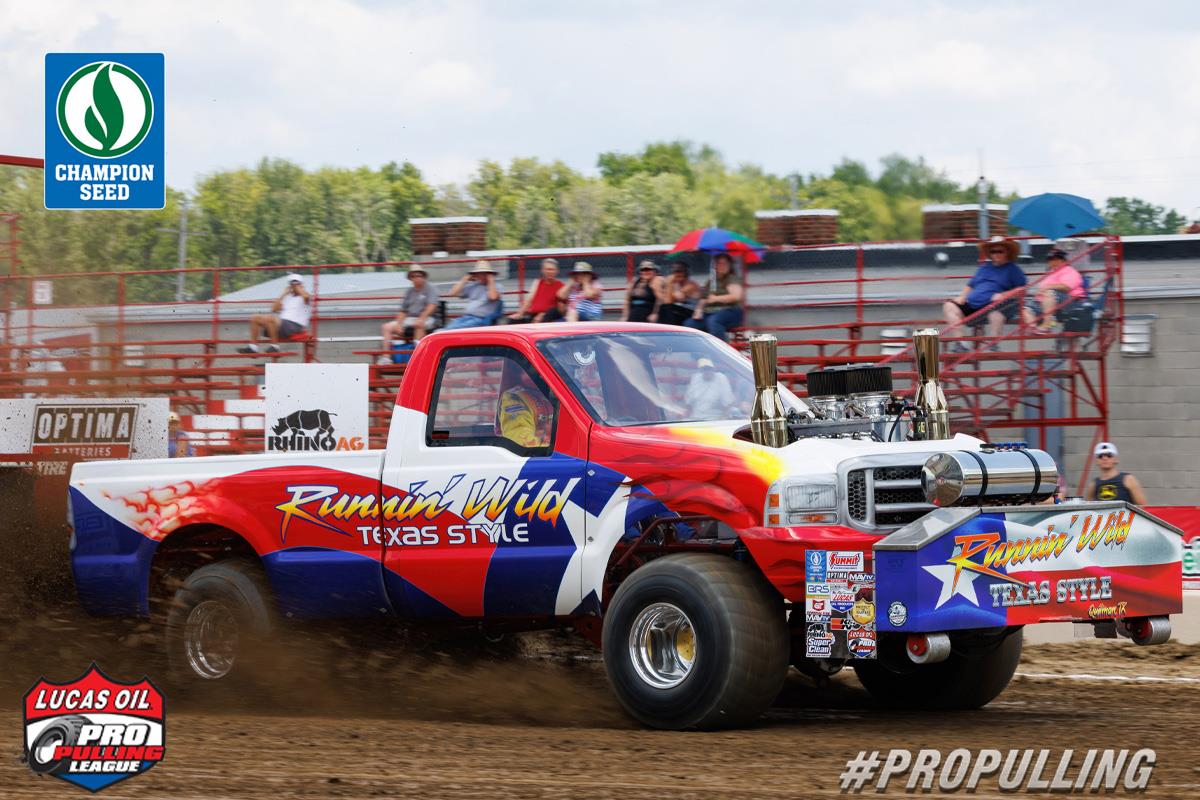 Charlestown, IN (August 4, 2022) – With a growing presence as an important stop for the Champion Seed Western Series in the Lucas Oil Pro Pulling League, the McLouth Threshing Bee promotion group grows their Kansas Summer Nationals again for 2022 with the addition of the Pro Modified Four Wheel Drive Trucks from the Champions Tour to their stellar event.

With expanded seating, from festival-style seating to spacious grandstands on both sides of the track, lay claim to your spot early in McLouth as the event has an anticipated attendance beyond 5000 spectators based on 2021’s numbers.

Gates open at 3pm CDT with first hook scheduled for 7pm CDT on the twin tracks of McLouth. General admission is $20 per person, $10 for kids 6-10 and kids 5 and under are free admission. Carry-in coolers are $15.

Join us for one of the biggest nights of pulling that can be found west of the Mississippi River in McLouth, Kansas on Saturday, August 6th!