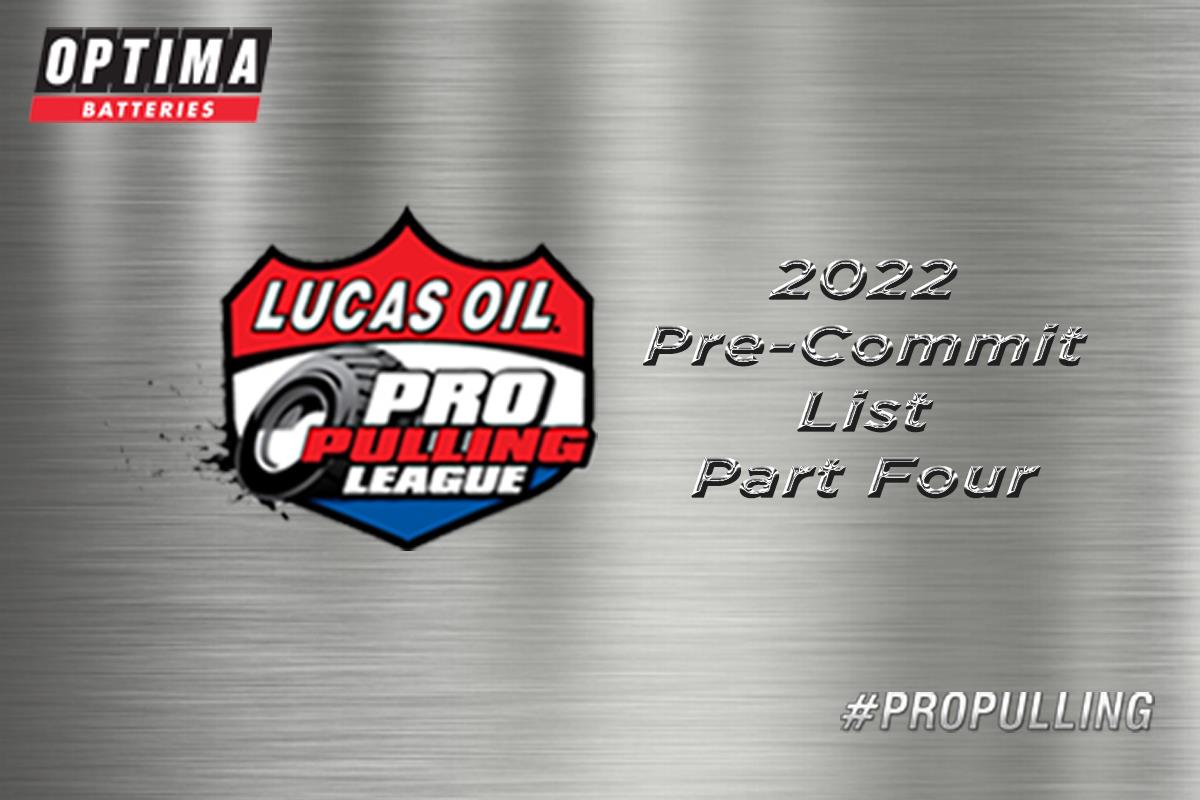 Charlestown, IN (May 5th, 2022) – With unprecedented interest in the Inaugural World Series of Pulling presented by Ohio CAT at Summit Motorsports Park on July 21st-23rd in Norwalk, Ohio, the Lucas Oil Pro Pulling League extended the pre-commit deadline for the Super Farm Tractor and Optima Batteries Super Modified Truck divisions, whose numbers for that event have been limited to pre-commit competitors. As that May 1st deadline for entries has passed, today we offer the final registry for those classes for the 2022 Champions Tour season.

The previously announced Super Farm class has produced additional entries, now totaling 20 tractors seeking a coveted class championship. For the Optima Batteries Super Modified Two Wheel Truck class, Chad Mayhill returns in 2022 to defend his 2021 title in the 2-Timin’ Ford out of the Petro Motorsports stable. A monumental 43 other pre-commits join Mayhill in 2022 with a cadre of new and returning teams highlighting the list, increasing the competitive intensity to all-new levels in this division.

The complete listing for the above classes is set to be live online at 11am EDT and available at https://www.propulling.com/competitors/